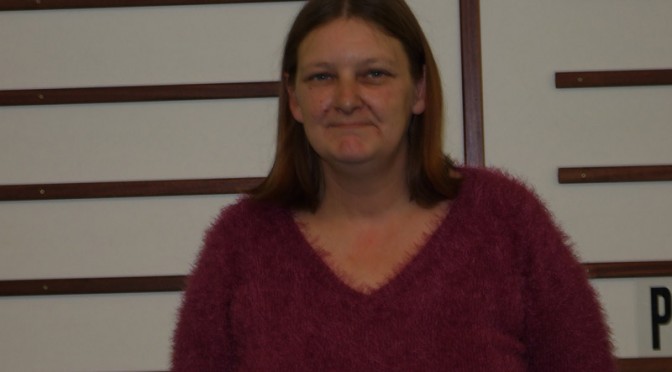 Jayne Smith after beating Tony Quine on an extra end.

Jayne Smith took the first ever Handicap Singles title after coming from 11-0 down to beat Tony Quine on an extra end.

Smith started by giving 4 shots to her opponent before going on to lose 7 shots after the first 2 ends to trail 11-0 but then fought back superbly to take the next six ends, including a 4 on the 8th end to only trail by one shot. Quine managed to stop therot by winning the next  but after scoring a 2 on the 10th end Smith and leveled the match with two ends to play. Quine managed to win the penultimate end to move ahead once again but a superb draw to the line in the last end saw Smith force an extra end play-off. Quine first bowl went too long and Smith took full advantage, sitting her first bowl right on the jack which Quine could not move, leaving Smith holding shot and the title.

The next handicap singles competition will be played on the 1st February next year.